The “Pay as you throw” waste management strategy

The nowadays development system has brought Europe to produce 64.4 million tons of every year, which in total have a value of 355 billion euros and of which only a third is recycled. This entails very high disposal costs, just think that at the European level the only cost for cleaning the beaches is 630 million euros, while at the global level we reach 13 billion a year.

On the other hand, Circular Economy represents an excellent solution to all these problems, in fact a fair investment in the circular waste management sector could generate a profit, both in monetary and social terms. This green development system aims to reduce most of the waste generated by citizens’ buildings and by the production processes, utilizing waste as a source of investment, considering trash as a secondary raw material which is basically recycled waste transformed into a new building source.

Buildings can be a waste optimization themselves, just by being built with secondary raw materials.

Adding strategic waste management policies to this kind of green architecture, will allow the complex of buildings (and so, the city itself), to avoid the production of waste, reducing costs, pollution and
empowering environmental and social benefits.

The PAYT (Pay as You Throw) fee system instead introduces an innovative way to increase a positive approach to the circular economy and rewards the virtuous behavior of citizens. The PAYT fee in fact is not to be considered as a tax, set regardless of the good or bad practices implemented by the citizen, but rather as a quote whose amount is to be determined on the basis of the amount of waste generated, in order to reward those who contribute most to separate waste collection.

Thanks to the PAYT system, every citizen has the opportunity to decrease the payment of the waste tax thanks to the PAYT, everyone is inevitably encouraged not only to differentiate more, but also to produce less waste, applying and improving good circular economy practices day by day . To ensure that less waste is produced, there will consequently be a tendency to ensure that the life cycle of the products purchased is always greater, thus avoiding the purchase of disposable products, instead opting for more durable and, where possible, biodegradable objects (since they would to have less influence on the calculation of the waste generated).

The key feature of this quota is in fact that of the incentive, a payment that the citizen is required to make consciously and of which he can trivially reduce the amount by implementing good practices, thus entering the circular system by induction.

The PAYT quota as predicted, cannot be rigid and fixed in advance, but must be flexible and calculated on the basis of some data:

How is it possible to determine precisely what and how much waste is generated by a single house?

This question often arises with regard to the “door to door” waste collection system, a method that encourages separate collection but which very often lacks a real waste identification system.

All the more reason we must ask ourselves this question regarding the Punctual Rate, whose measurement is based precisely on the recognition of the types and quantities of waste present in a single bin.

The problem can be solved through the use of innovative RFID (Radio Frequency Identification) technology, which makes it possible to identify objects and people by transmitting data through electromagnetic waves. This system can be easily applied to waste management making it faster, more efficient and cheaper; in fact it can be used to automatically track bins and bags and send the collected data to an online calculation system, a “cloud” which thus allows the quantities and types of waste generated to be identified.

RFID technology is even considered as the “technological gateway”, which allows for more sustainable waste management. This method also allows all parties involved to obtain significant benefits; the user is more incentivized to carry out a correct differentiation of household waste to reduce the amount of the fee to be paid, while the entity in charge of waste collection will have low system management costs).

Through the RFID technology it is also possible to assign tags on the different containers (bags, tubs, bins, bins), which are then detected and identified at the time of collection, whose data are then entered into the computer system of the municipality or the responsible body. registering the user code, the date and time of collection, the vehicle and the operator who performed the service, thus being able to calculate the precise taxation to the relative user.

In conclusion, the reductions in CO2 emissions and general environmental impacts would beobvious, improving the quality of the soil, the ecosystem and consequently the health of citizens. 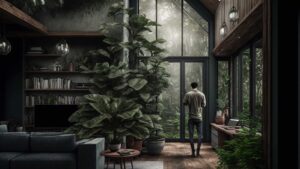 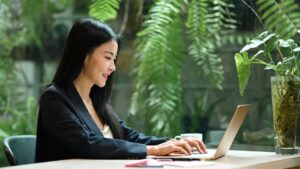 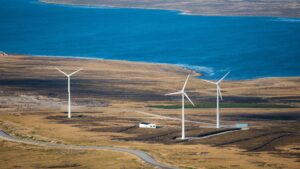 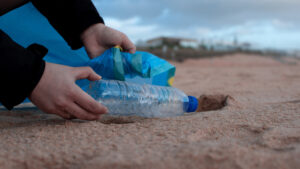